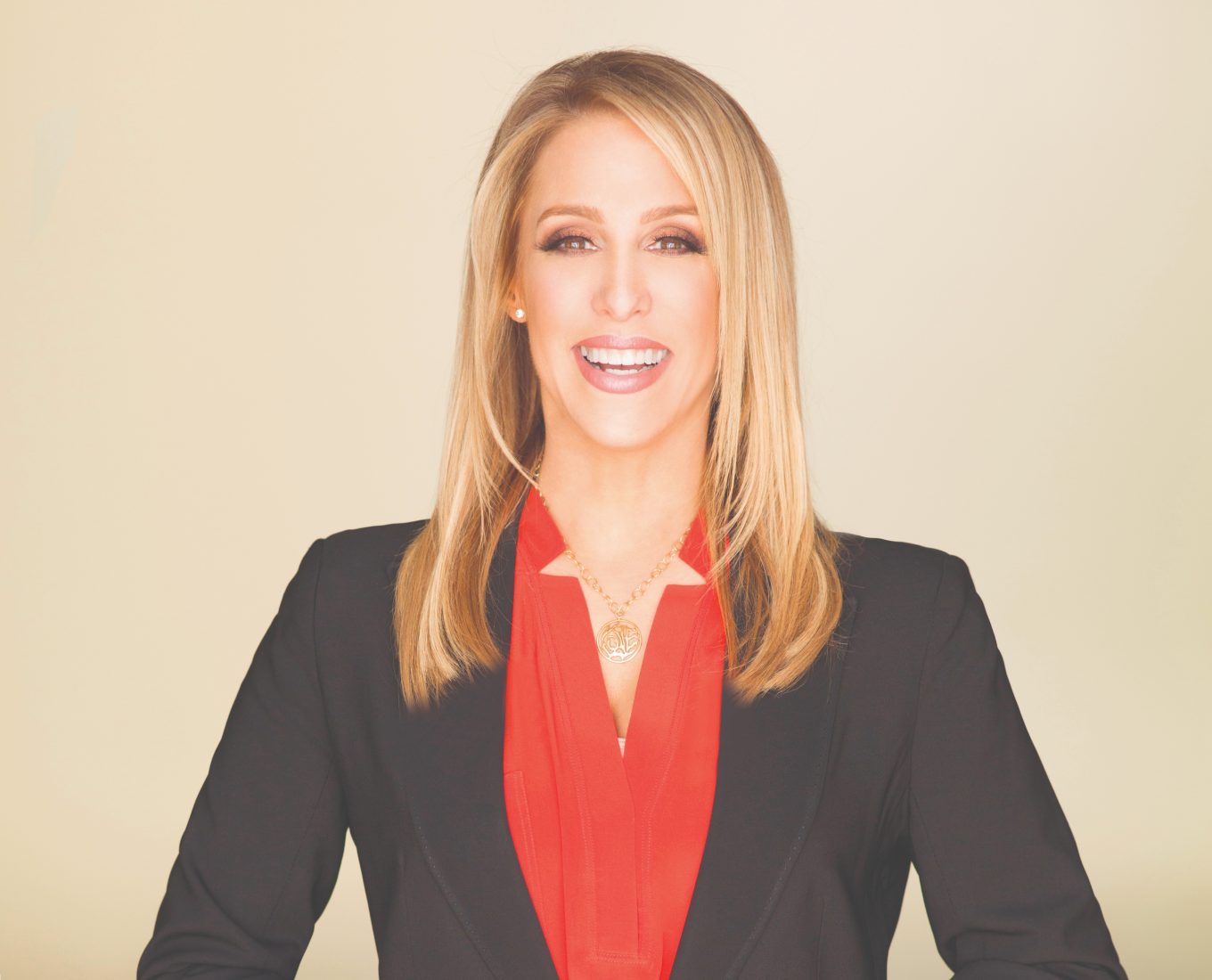 Dr. Jenn Mann ’92 was writing a story about sexual assault on college campuses for a Journalism class at Emerson when she realized she wanted to do more than write about the women she was interviewing.

She wanted to help them.

“Wherever I went, when I talked about this, women came out of the woodwork and shared their experiences with me,” said Mann. “And I felt like I had to do something. I felt like I either needed to be a lawyer or a therapist.”

Today, Dr. Jenn is one of the most well-known psychotherapists in the country. She is the host of VH1’s long-standing hit shows Couples Therapy with Dr. Jenn and Family Therapy with Dr. Jenn, author of several best-selling advice books, writer of a weekly advice column in InStyle, and creator of a weight-loss app called “No More Diets.” She also runs a private therapy practice; has appeared on hundreds of other television shows; and has created clothing and jewelry lines with positive messages such as “Inspire,” “Gratitude,” and “Embrace Change.”

From Therapy to Television

During her senior year, at Emerson Los Angeles, Mann volunteered for an organization—now called Peace Over Violence—to serve as a rape and domestic violence counselor. As soon as she started doing the work, she knew she had found her calling. Mann, who graduated a semester early with a BS in Mass Communication with a focus in print and TV journalism, went on to earn a master’s degree and doctorate in psychology in part because of those early interactions.

“I was very outspoken [in class],” she said, which is why one of her graduate school professors invited Mann to appear with her on a TV show she was doing to talk about their class on eating disorders. “They ended up using a lot of my footage,” said Mann. “And it dawned on me that instead of sitting in my office and helping one person, I could potentially help millions of people. And that was very appealing to me.”

“I owe my career to Emerson. It is what got me on the path to being a therapist, to being a writer…to doing basically everything that I do now.”

After a few more TV show appearances, she received a call from television producer Harvey Levin, asking her to audition for a show he was producing. Afterward, Levin told her she had a talent for TV and advised her to get representation. “I was like, ‘There’s representation for people like me?’ And he said: ‘Yes. You need to get some and you have to pursue this.’ So, I consider Harvey Levin to be my television godfather,” said Mann.

Adapting to the Pandemic

Like so many, Mann had to dramatically adapt her working conditions due to the pandemic, which meant putting TV appearances—and filming shows like Couples Therapy—on hold.

“I’m very fortunate that as a therapist, I can see [clients] virtually,” she said. “That I get to be of service to others has been very helpful to me. I’ve been able to do a lot of TV expert work from home as well, and that’s been great.”

Additionally, Mann has supported close friends who have lost loved ones during the pandemic. As difficult as those situations were, she and her family also have tried to look for the positive. “One of my teenage daughters—I have twin girls who are 14—said, ‘We talk a lot about death and loss and the virus and how scary it is, but let’s also talk about the blessings of COVID.’ For me, the blessing has been that I’ve gotten to spend more time with my family. [We’ve] gotten to know each other on a whole other level.”

In fact, strengthening relationships is the focus of her most recent book, The Relationship Fix: Dr. Jenn’s 6-Step Guide to Improving Communication, Connection and Intimacy. Mann said there is something in it for everyone. “You know what? Everyone can always up their game,” she said. “Even if you have a great relationship, there’s always more you can do to be a better partner.”

Mann is writing a new book about motivation and goal setting. She is also developing a few new TV projects, a podcast, and has hosted several radio shows—all from home. Admittedly, she is “looking forward to the day when it is safe to leave my house and I can actually get to do some bigger shoots.”