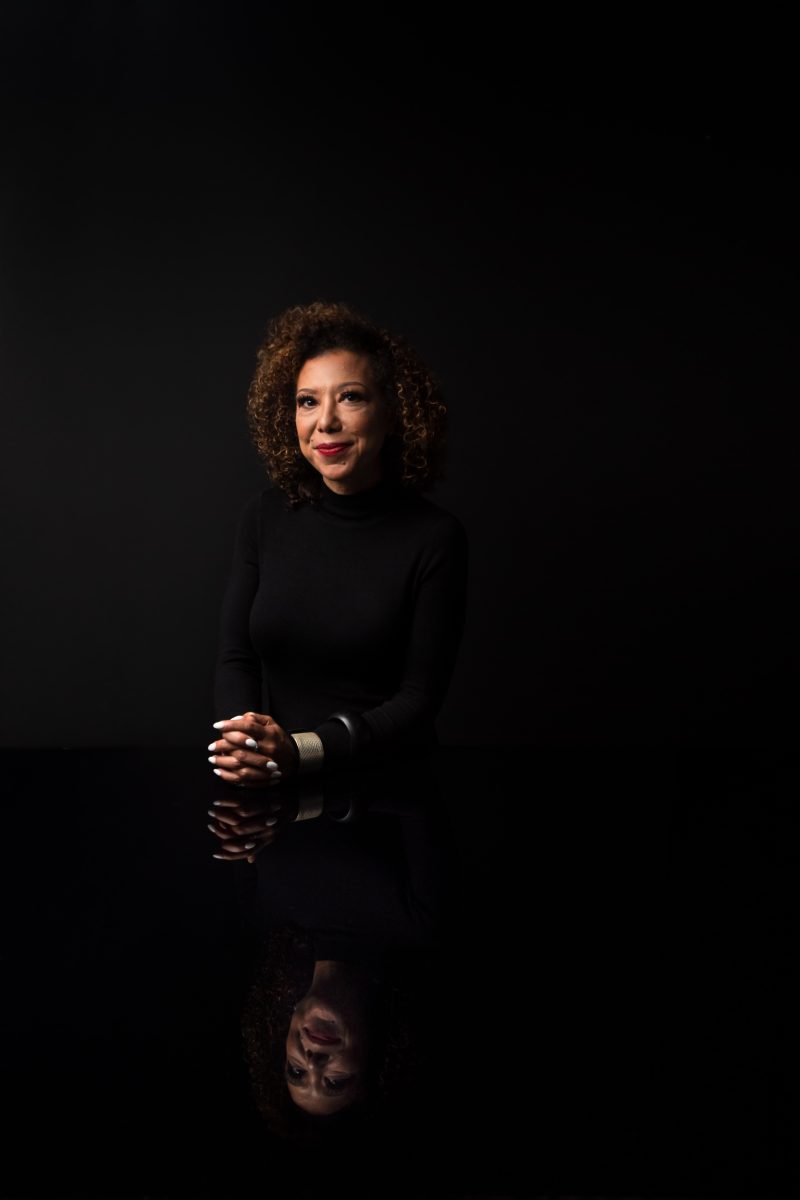 Malia Lazu ’99 on community organizing, innovation, and creating a culture of equity and inclusion

When Malia Lazu ’99 was a sophomore at Emerson, she wanted to do something about the low voter turnout in Boston. So, she started a little nonprofit that she hoped would make a difference.

But after the 1996 election, Lazu was crushed. They didn’t achieve 100 percent voter turnout, as she had hoped. “I was young. I thought one thing could do it all,” she said recently. “But my goal was to change the voting demographic and that’s absolutely what we did.”

By the time she graduated from Emerson, that little nonprofit, Mass VOTE, had become a statewide multimillion-dollar organization with Lazu at the helm.

Since then, Lazu has become an activist and community organizer, a cultural thought leader, a champion for inclusivity and innovation in business, and a bank executive, to name a few. Now, as a lecturer at the MIT Sloan School of Management, she has co-created and launched a series of community conversations called “The Inclusive Innovation Economy: Ideas + Actions.”

No matter the organization and no matter her role, Lazu has always been focused on lifting up communities—especially communities of color. It’s work that doesn’t happen overnight, she acknowledges. “There’s a saying, ‘How do you eat an elephant? One bite at a time,’” she said.

Slowly, bite by bite, Lazu is making a difference.

To wit, she founded Urban Labs, a strategic agency to help businesses and nonprofits innovate urban centers, where “you get such a great cross section of culture and diversity—it’s really fertile ground to create new models,” she said. In 2014, Lazu created a start-up accelerator, Accelerate Boston, to help “bring Black and Brown businesses to market.” And most recently, as an executive at Berkshire Bank, she worked to generate wealth for communities—especially those that have traditionally been left behind.

“Working with corporations and having been an executive in a corporation gives me a unique perspective of how we can take real steps to bridge the divide between communities and the streets and the boardrooms,” she said.

While Lazu has been working to support communities throughout her entire career, the Black Lives Matter movement has “put the work I do in the center of this conversation,” she said. “I think what is undeniable is that we have not done enough.”

Growing up in Hawaii, Lazu said she learned about Emerson from a mailer that arrived at her home. “All the other colleges looked college-y,” she recalled. “Emerson just looked cool.”

She arrived at Emerson in the fall of 1995, ready to study journalism, but soon switched to political communication. “I come from a very civically engaged family,” she said. “We would always have these lively conversations. We stood up for what we believed in.”

At Emerson, Lazu quickly became active in the Boston community. “I was door-knocking in Roxbury as a sophomore,” she said, adding that her professors were supportive and encouraging of her extracurricular work. “I’m very proud of the Political Communication Department. It really helped shape the work I was doing.”

Like many alumni, even after graduating, Lazu never really left Emerson. She has continued to work with the College, including partnering with ArtsEmerson in 2017 to produce New England’s first fashion accessibility event, held in the Paramount Center’s Jackie Liebergott Black Box Theatre.

“It was the first time I was organizing from a place of privilege. Being a woman of color, you’re always somewhere in the minority box. But I am able-bodied,” she said. “It was a great learning experience for me.”

Commitment to the Community

Although her path since Emerson has taken some twists and turns, Lazu hasn’t strayed from her ideals.

“What I’m most proud of is that there is not a day in those 20 years that I haven’t been serving my community,” she said. “I’ve been lucky enough that I’ve never had to choose between paying my bills and the work I do for the community. I’m proud that I never had to leave the work.”

Now, she is eager to bring her diverse experiences to her new role with MIT Sloan.

“I’m looking forward to creating a space at Sloan and the business industry that’s a safe place for reflection—of what we can do better, how we can build equity, and what role schools can play,” she said. “It’s going to be a great place for me to continue to think about diversity in business.”

And there goes another bite off of that big elephant.