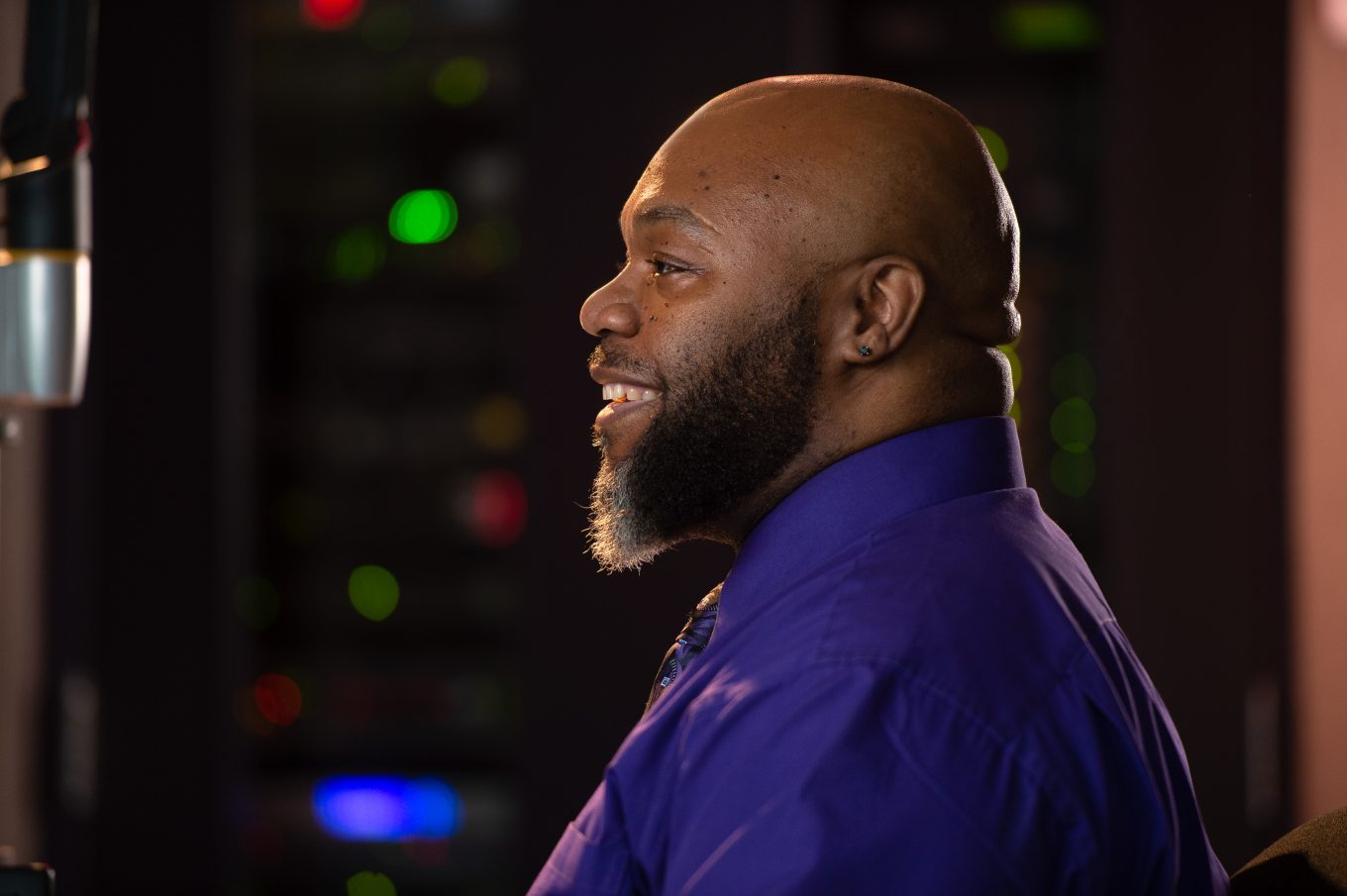 Growing up in Boston’s Mattapan neighborhood in the 1980s, if Howard “D” Simpson ’94 and his friends wanted to hear R & B, soul, and jazz, then WILD AM radio was the daytime option. But when night fell, 88.9 WERS was the go-to for Simpson and anyone else who wanted to listen to urban music.

“Music was a big part of me growing up,” recalled “D” (a family nickname that stuck) Simpson. “College radio stations [like WERS] would go a little younger. Everyone knew you had to check it out. It was a solid playlist of songs you hadn’t heard before.”

Back then, Simpson had no idea he would one day become general manager of the very station that shaped a lot of his eclectic tastes in music.

As a teen in Boston’s METCO (Metropolitan Council for Educational Opportunity) voluntary integration program, Simpson attended high school in suburban Weston, MA, where he had access to teachers (and the resulting opportunities) who pushed him to think about his educational future.

One educator, who taught his public speaking class, encouraged Simpson to consider honing his oratorical talent. Then, Emerson College showed up at the high school college fair.

It was meant to be.

Although Simpson was a television major at Emerson, it didn’t take him long to find his way to the Beacon Street studios that were the home of WERS at that time. A natural in front of a microphone, he worked to master his gift of gab through interviewing urban culture notables.

“I saw my life as a big experiment in integration, not segregation. I thought I would  bridge the gap.”

“So many great opportunities came from the station. I got to meet LL Cool J, Shawn Wayans, Queen Latifah,” he said. “I would have met Tupac, too, but his flight was delayed.”

Simpson, whose radio career launched at Emerson, worked at several other media outlets after graduation before returning to campus in 2007. Said Simpson, “I saw my life as a big experiment in integration, not segregation. I thought I would bridge the gap [in media].”

Simpson’s career sampled news, news talk, business, sports, and on-air hosting, with the majority of his work based in Boston. When an opportunity for an ESPN expansion into the Boston market fell through, Simpson, through a mix of karma and destiny, landed back at his alma mater, where he was promptly interviewed and hired by then-General Manager Jack Casey ’69.

Now, 14 years later, the imprint Simpson has made is clear: operations manager, long-time host of The Secret Spot show as “D” Danubian, and the creator of a new urban music exploration HD channel, Boston’s Black Experience, on ERS+.

This latest creation was a labor of love during the COVID-19 pandemic lockdown, when, influenced by the heightened awareness following George Floyd’s death, he worked out a massive music library and the vibe of this new digital offering.

“After years of consuming really good urban radio, knowing what was out there and what we were missing in Boston, [I combed] through the music for thoughtful street tales and inspirational music that could lift up a Black woman or a Black man. It was important that it was a special recipe of music,” he said.

Today, as Simpson reflects on his experiences and career, it is his warmth, open heart, and love for his work at Emerson that comes beaming through.

A prime example is the conversation he had with a young radio host during Live Music Week who asked him, “Do White people have soul?”

Simpson delivered his answer during a sit-down conversation with the student in his office: “Do you dream in color? Then, yes.”

“Realizing the role that you can have [in a young person’s life]; your interactions have to be worth the cost of admission,” he added.

Simpson is highly conscious of the encouragement and guidance he received as a student, and he wants to pay it forward.

“WERS is such a special place; [and] it was such a wonderful day when [I was] handed my diploma. I had no idea how much a part of my life Emerson and WERS would continue to play.”