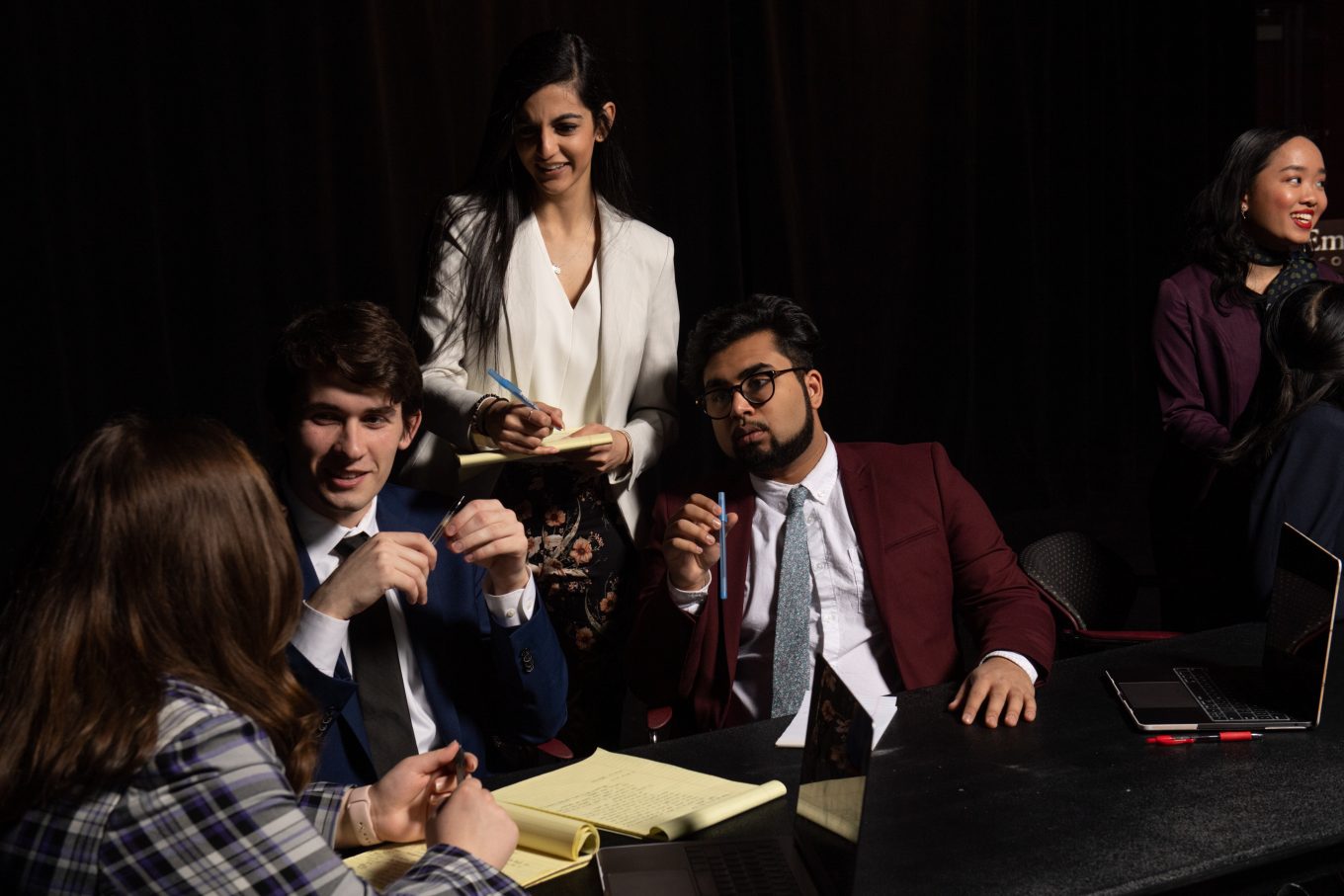 Above: The Emerson Forensics team. | Photo by Derek Palmer

We came to Emerson in the fall of 1960.  We lived at 100 Beacon Street in its first year as a dormitory. We were fortunate to see JFK drive by the dorm, waving in an open convertible.

We lived in a suite of female students, about 24 in total. In those days, boys were not allowed above the first floor, and we were called to the front desk if we had a visitor. There was one phone for 24 students!

We were not allowed to wear dungarees on the first floor, so we would roll up our jeans under our skirts and then unroll them when we got outside.

Susan lived in the Governor’s Mansion at 150 Beacon Street (as a dorm) the following year. We both worked in the cafeteria, serving students.

Upperclassmates often congregated on the Wall outside of 130 Beacon Street; they were vocally active and a bit over the top!

We hope that we elicit fond memories for our fellow classmates and that they will get in touch.

As an ’07 grad, a seminal part of my Emerson experience has to be living in downtown Boston in the fall of 2004 during the Red Sox’s magical run to its first World Series championship in 86 years.

For the sports fans on campus, and especially native New Englanders like myself, the tension with every pitch in the playoffs was nothing short of palpable. Collectively, there was a lasting sense that we were experiencing something exceptional together.

I will never forget that there was a TV set up in the conference room adjacent to the cafeteria in the Little Building that was showing the “bloody sock” game (when Curt Schilling came in in relief to beat the Yankees) during a special event at which then president Jackie Liebergott was a keynote speaker. It might have been the only time that Jackie didn’t have full command of a room that she was in!

Numerous professors also allowed for game coverage in the classroom, including projectors showing live pitch-by-pitch updates from websites and even the telecast in some instances.

Here’s a side note to the legendary forensic teams and the article published in the Spring 2020 issue of Expression.

When my partner, the late Duane Kimball ’71, and I won the New England and the Eastern debate championships during the 1970–1971 school year, our coach, in addition to Haig der Marderosian ’54, MS ’56, was future College president John Zacharis!