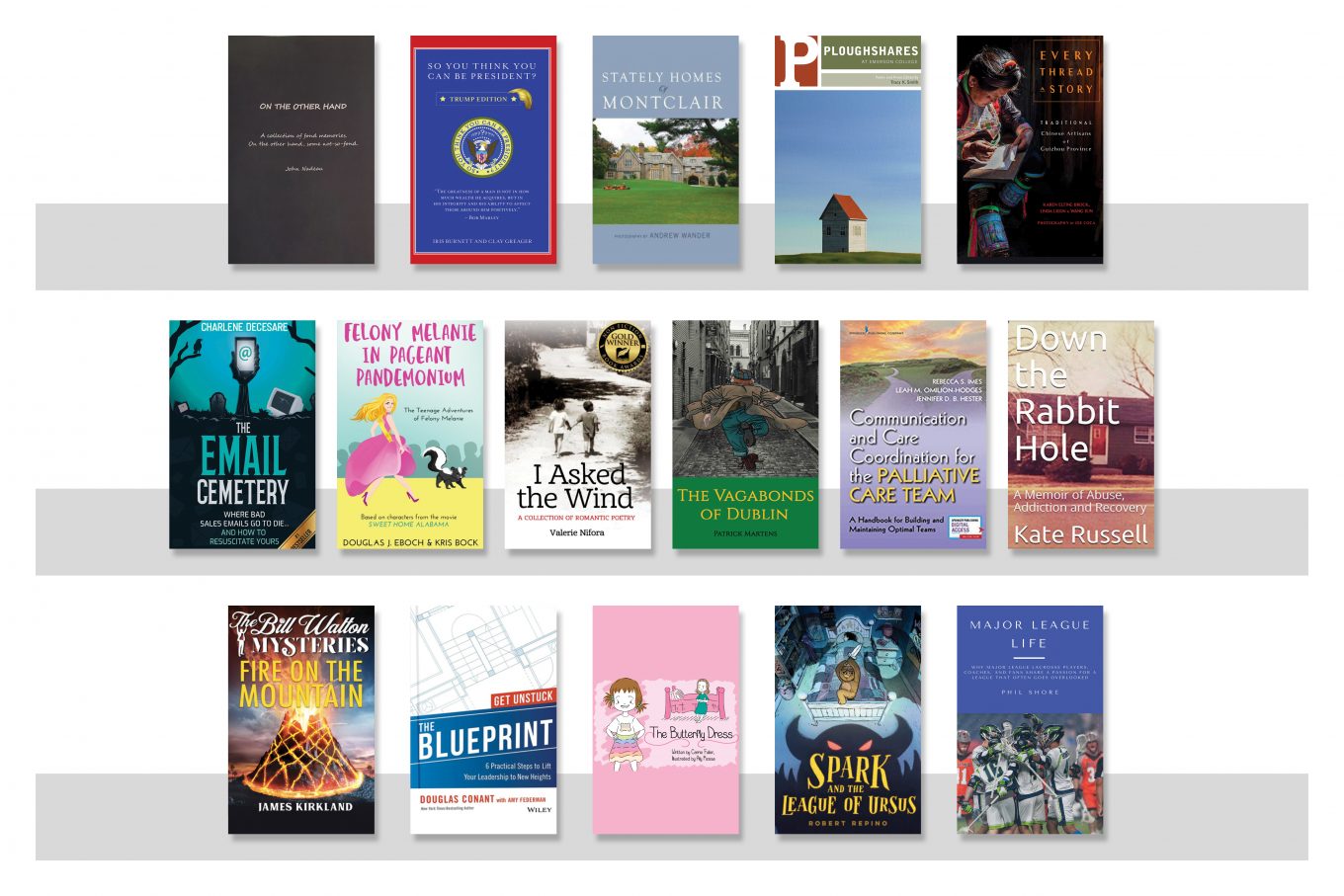 John Nadeau ’56 published an essay collection, On the Other Hand, which includes a few essays about his time at Emerson.

Karen Brock, MFA ’90, co-authored Every Thread a Story: Traditional Chinese Artisans of Guizhou Province, which was published in March.

Charlene (Coraccio) DeCesare ’90 recently published her first book, The Email Cemetery: Where Bad Sales Emails Go to Die…and How to Resuscitate Yours. This humorous and helpful guide for business builders launched as an Amazon Best Seller in eight categories.

Chris Eboch, MA ’94, and her brother, Douglas, have released Felony Melanie in Pageant Pandemonium. It’s a prequel to Sweet Home Alabama, for which Douglas wrote the original screenplay.

Valerie Nifora ’95 published her debut book of poetry, I Asked the Wind: A Collection of Romantic Poetry.

Patrick Martens ’98 published his first novel, The Vagabonds of Dublin, a humanistic comedy about evolution and corruption.

Rebecca Imes, MA ’99, published Communication and Care Coordination for the Palliative Care Team: A Handbook for Building and Maintaining Optimal Teams in March.

Brenda Partello ’01 (pseudonym Kate Russell) has written Down the Rabbit Hole: A Memoir of Abuse, Addiction, and Recovery, which recounts her childhood of child abuse, bullying, and eating disorders.

James Kirkland ’03 created the series “The Bill Walton Mysteries.” Its second book, Fire on the Mountain, was published in February.

Robert Repino, MFA ’06, published his first middle-grade novel, Spark and the League of Ursus, in April. A sequel is scheduled for 2021.