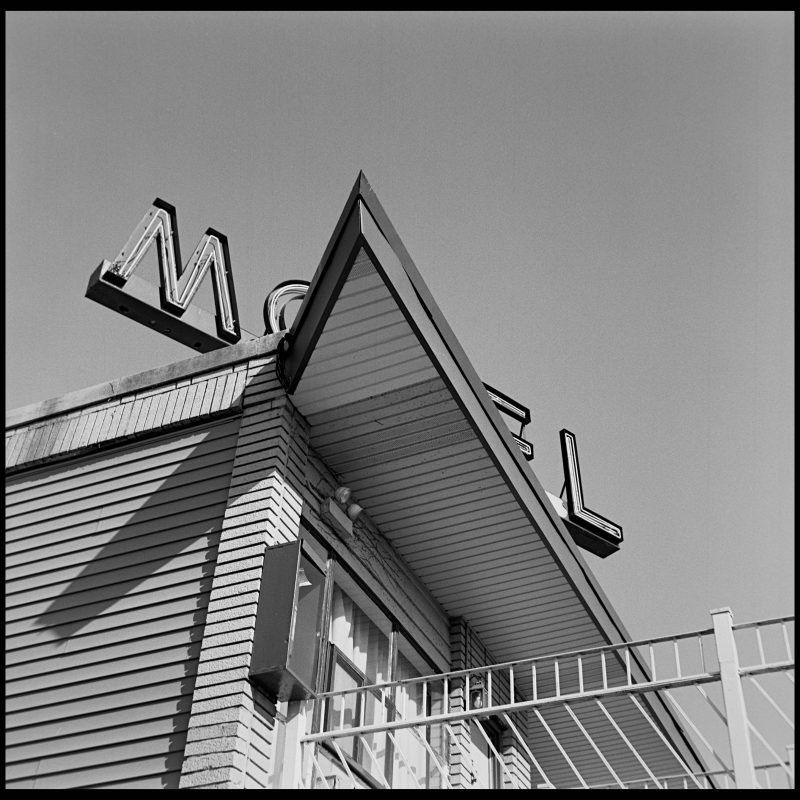 Article and photos by Eric Hauser ’96

After my father died in 2020 of MDS, a rare malignant blood disorder, I inherited his 1960s Pentax Spotmatic 35mm film camera—the same camera I borrowed from him when I was at Emerson in the 1990s. This was the camera that spawned my love of photography, and the camera that I used over two semesters in Lauren Shaw’s fantastic Photography I and II courses. I was honored to have my work chosen to appear in Emerson’s photography magazine, Developed Images (Volume 9, 1996).

In the years immediately after my time at Emerson, I drifted away from photography, only to come back to it in the digital age. But after 15 years of shooting digital images, I lost my love for the art form. It was just another screen—a digital representation in pixels of the real thing. That was until I started using my dad’s old Pentax again. This past year, I’ve begun shooting film again, both in 35mm and 120 (medium) formats. I’ve also started developing film in my basement—a skill I was first taught nearly 30 years ago in Lauren Shaw’s class. (I needed some refreshers via the internet!) Returning to this art form using an analog medium forces one to slow down—each shot is considered; light readings are measured; focus is manually adjusted; and there are only 12, 24, or 36 frames per roll of film. Gone are the days of firing off 100 digital images, only to have to weed through them all on the screen later, hoping there’s one keeper. The experience of shooting film is more tactile, and at the end of the process, you have an actual real-world image that will last for over 100 years if cared for, which is all immensely satisfying.

This experience has brought me back to my days at Emerson, remembering the joy of roaming around Boston looking for the next shot.