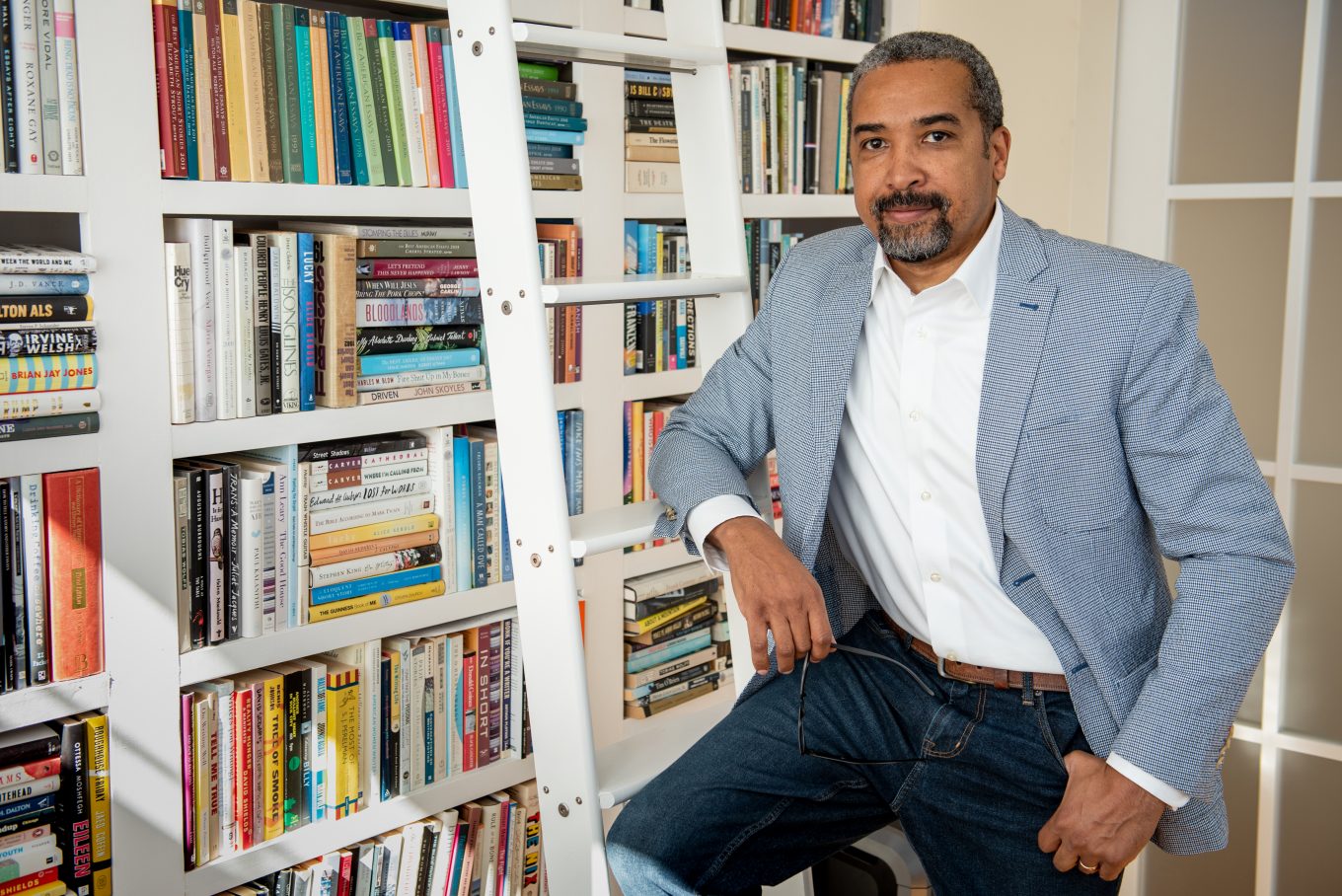 Jerald Walker is a professor of Writing, Literature and Publishing. He is the author of Street Shadows: A Memoir of Race, Rebellion, and Redemption; The World in Flames: A Black Boyhood in a White Supremacist Doomsday Cult; and How to Make a Slave and Other Essays, which was a finalist for the 2020 National Book Award in Nonfiction.

What is your idea of perfect happiness?
Pro football and boxing on a loop.

If you could study any field aside from your own, what would it be?
A toss-up between film, architecture, and law.

Whom do you most admire?
Sometimes Fred Rogers, sometimes Huey Newton. It depends.

What are three adjectives you’d use to describe Emerson?
Trippy, lively, sassy.

Where is your favorite spot at Emerson?
Dean Rob Sabal’s office.

Which words or phrases do you most overuse?
“Yeah…I don’t think so.”

What do you consider your greatest achievement?
Surviving a doomsday cult. (See last memoir.)

What is your greatest regret?
Being department chair. (See next memoir.)

Reading on a Kindle or other device: Yay or nay?
Heck nay.

If you could have dinner with one person—alive or dead—who would it be?
Richard Pryor (alive).

If you could have any  superpower, what would it be?
Flame-throwing.

Coffee or tea?
Caffeinated coffee in the morning, decaffeinated tea in the afternoon.

Broadway or Hollywood?
Broadway, by a hair.

If you could spend 48 hours in any city around the globe, where would you go?
New Delhi.

What song are you most embarrassed to love?
“Ice Ice Baby” by…by…Vanilla Ice….There. I said it.

You’re stranded on an island. What three possessions would you not be able to live without?
My boxing gloves, punching bag, and arm floaties.

What is your motto?
“Do unto others as—” Just kidding. I’m not a motto kind of guy.