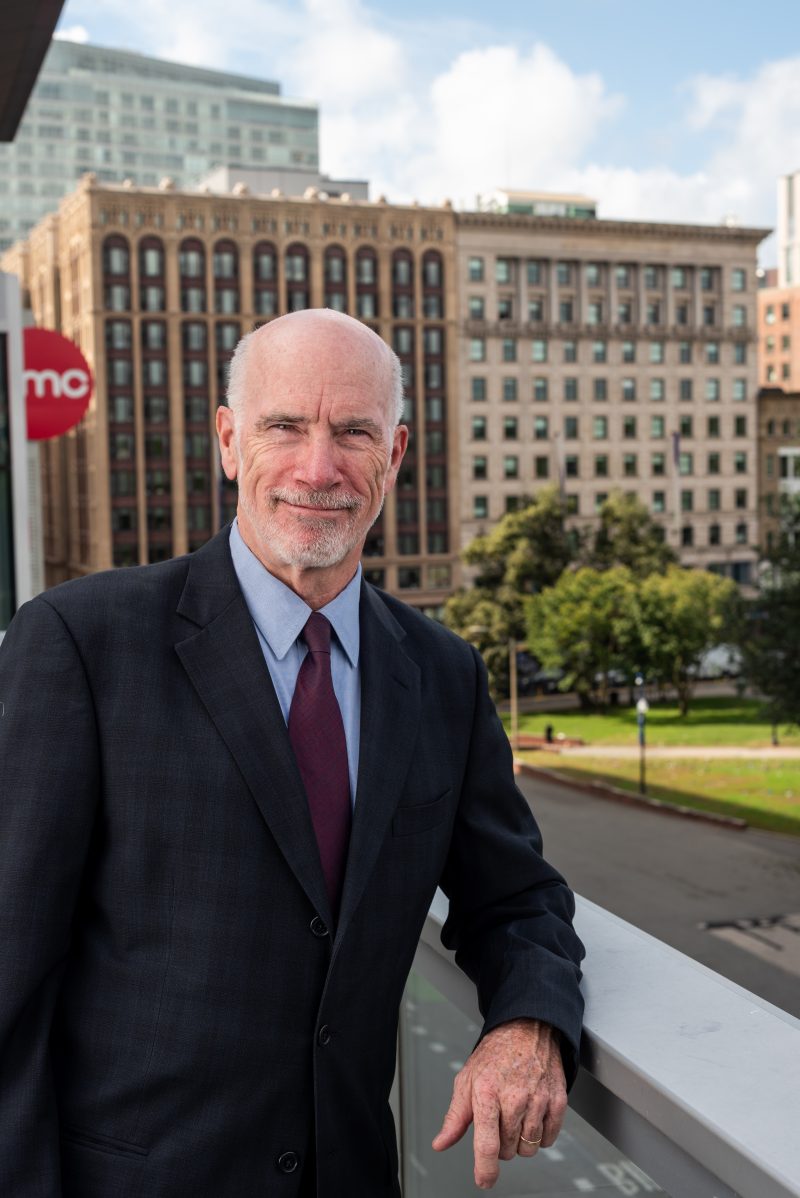 A familiar scene unfolded here on Boylston Street at the end of August: cars were lined up along the street, their hazard lights blinking, as spirited Emersonians dressed in colorful clothing helped unload suitcases, boxes, instruments, laptops, lamps, and anything else you can squeeze into the trunk of a car.

It certainly wasn’t my first new student move-in day, but it was my first as interim president. After all, I have spent the last 37 years of my career at Emerson—first as a math/computing professor in the 1980s and then as a staff member in Information Technology. And while I retired (well, “retired”) in December 2020 as vice president of IT, it has been my absolute honor to return to Emerson and serve as interim president.

In August, it was my great pleasure to address families in the Cutler Majestic Theatre. Later that night, I received an email from a couple who had been there after helping to move in their child. They told me that they each had taken a class with me more than 30 years ago. The campus looked different, they said, but they were heartened to know that Emerson is that same amazing, creative environment that they knew back then.

Today, several months into my new role, I’m pleased to say that Emerson is resilient and strong. We successfully reopened our Boston, Los Angeles, and Kasteel Well campuses this fall, which was no small feat after 18 months. While the pandemic is certainly far from over—and while important safety measures such as masking and testing requirements remain in place—it feels good to be able to return to an environment closer to normal than we’ve had in quite some time.

We are successfully staying the course—a course of extraordinarily nimble reaction by people across the College, at every level, to unforeseen events and consequences—that we will continue to follow through my term. This is a moment to be thoughtful and strategic about what initiatives to undertake and what may be more appropriate to leave for the next president. It is a time to recommit ourselves to what Emerson does—and does well—to ensure that the College is poised for continued success when a new permanent president begins. Confidence, continuity, and collegiality are the keys to making this happen.

Emerson’s next leader will no doubt find, as I have, that it is the people who make Emerson the incredible place that it is. This was true when I began as a faculty member in the 1980s and it remains true today. The care and commitment of Emersonians on our campuses and around the world have long enabled our College to dream big and achieve the goals to which we aspire.

CategoriesFall 2021 From the President
Tags
Fall 2021