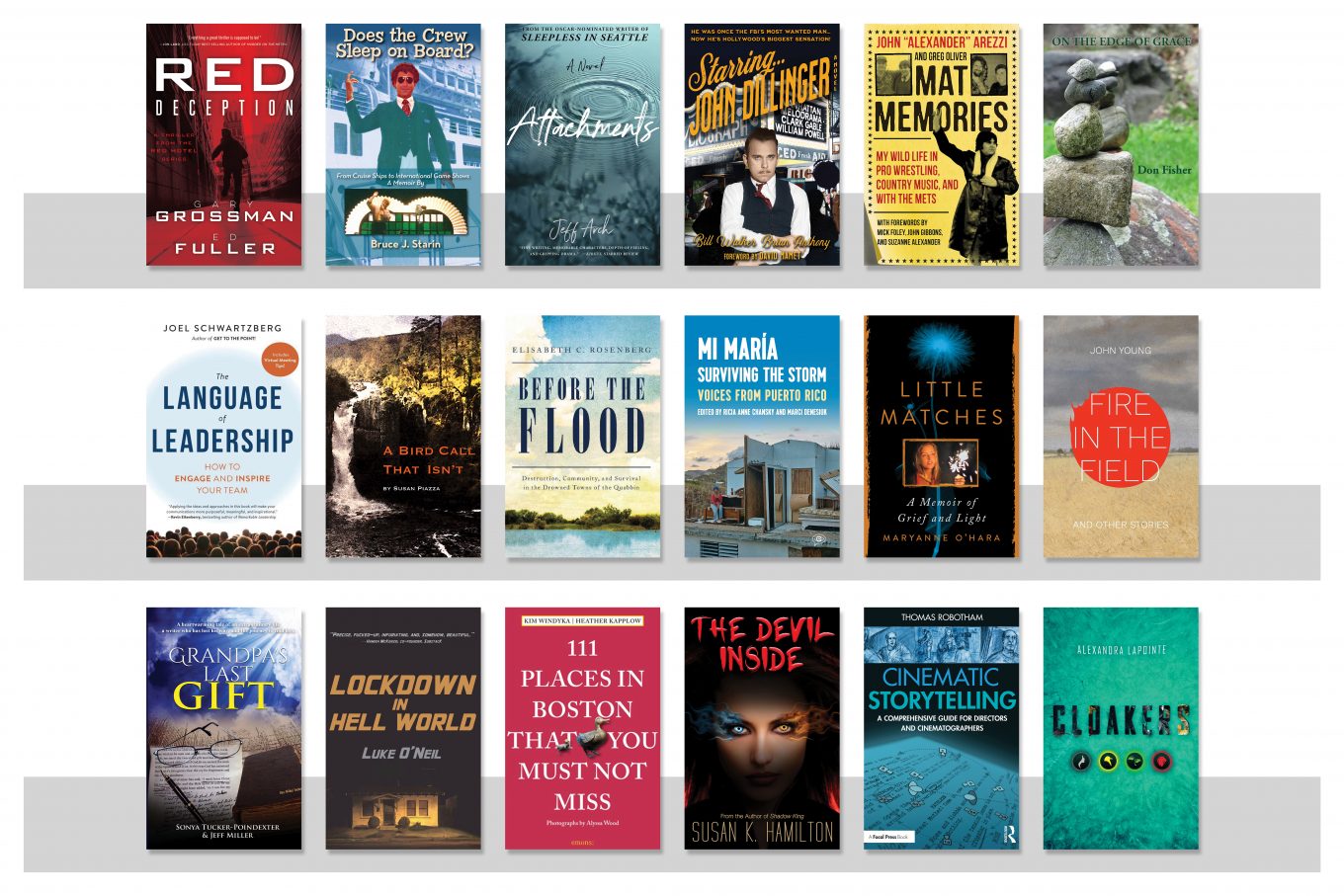 Gary Grossman ’70 published Red Deception, a fast-paced, globe-hopping thriller. The book is the sequel to Red Hotel, just released in a paperback edition by Beaufort Books.

Bruce Starin ’73 recently released a memoir. Does the Crew Sleep on Board? (BearManor Media) follows his adventures of being a “first officer of entertainment” on a luxury liner, as well as an international television producer and consultant.

Jeff Arch ’76, the Oscar-nominated screenwriter behind Sleepless in Seattle, published his debut novel, Attachments, in May. Set at a boarding school in Pennsylvania, Attachments tells the story of three former students who are summoned back to campus years after graduation, following the deathbed request of their former dean. Arch’s other credits include the Disney adventure film Iron Will, New Line’s romantic comedy Sealed with a Kiss, and the independent comedy Dave Barry’s Complete Guide to Guys.

Bill Walker ’78 and Brian Anthony ’78 have collaborated on their seventh book together, Starring…John Dillinger. Featuring a foreword by the Pulitzer Prize–winning author David Mamet, it is due for publication in November from Delarge Books.

Don Fisher ’80 published his first collection of poems. From Human Error Publishing, On the Edge of Grace came out in July.

Joel Schwartzberg ’90 published The Language of Leadership: How to Engage and Inspire Your Team, in July. The senior director of strategic and executive communications for the ASPCA in New York, he also conducts corporate presentation training and writes for Harvard Business Review, Fast Company, and Toastmaster Magazine.

Elisabeth Rosenberg, MFA ’93, published Before the Flood: Destruction, Community, and Survival in the Drowned Towns of the Quabbin, a modern parable of the American experience and our paradoxical relationship with the natural world.

Ricia Chansky ’94 recently released Mi María: Surviving the Storm: Voices from Puerto Rico (Haymarket Books). When Hurricane María made landfall in Puerto Rico in September 2017, it left no part of the archipelago unscathed. The 17 oral histories collected in Mi María share stories of surviving the storm and its long aftermath as people waited for relief and aid that rarely arrived.

Maryanne O’Hara, MFA ’95, has published Little Matches: A Memoir of Grief and Light (HarperCollins Publishers). Little Matches is inspired by a blog that O’Hara kept while her daughter Caitlin waited for a lung transplant. It was a People magazine Book of the Week.

Sonya Tucker Poindexter ’97 published Grandpa’s Last Gift, a heartwarming tale of an extraordinary life, a writer who has lost his way, and the journey to find love.

Luke O’Neil ’02 is the author of Lockdown in Hell World, published by OR Books on the one-year anniversary of lockdown in the United States. O’Neil has written for Esquire, New York Magazine, the Guardian, The New York Times Magazine, the Washington Post, The Atlantic, and others. He is also the author of Welcome to Hell World: Dispatches from the American Dystopia.

Kim Windyka ’08 published her first book, 111 Places in Boston That You Must Not Miss (Emons Publishers), in May. This unconventional guidebook is geared toward locals and experienced travelers who want to discover the city’s hidden gems and off-the-beaten-path spots—including Emerson’s Cutler Majestic Theatre, which is featured in Chapter 29!

Susan K. Hamilton, MS ’12, published The Devil Inside (Inkshares), her third novel in the fantasy genre, in May. This gripping tale, in which she creates a dark and romantic narrative set in Hell, explores life, death, interpersonal relationships, and how far some will go to attain their objectives.

Thomas Robotham ’18 published Cinematic Storytelling (Focal Press) in August. The book provides a framework for filmmakers to tap into the way we have all learned to watch movies and television—relying on contextual cues to help us understand and feel the storytelling.

Alexandra Lapointe, MFA ’20, released a debut young adult fantasy novel in July. Cloakers (Atmosphere Press) is a story of vengeance amid a world where genetically modified teenagers are considered the greatest evil. In this action-packed book, their shapeshifting abilities will be put to the test and not everyone will survive.