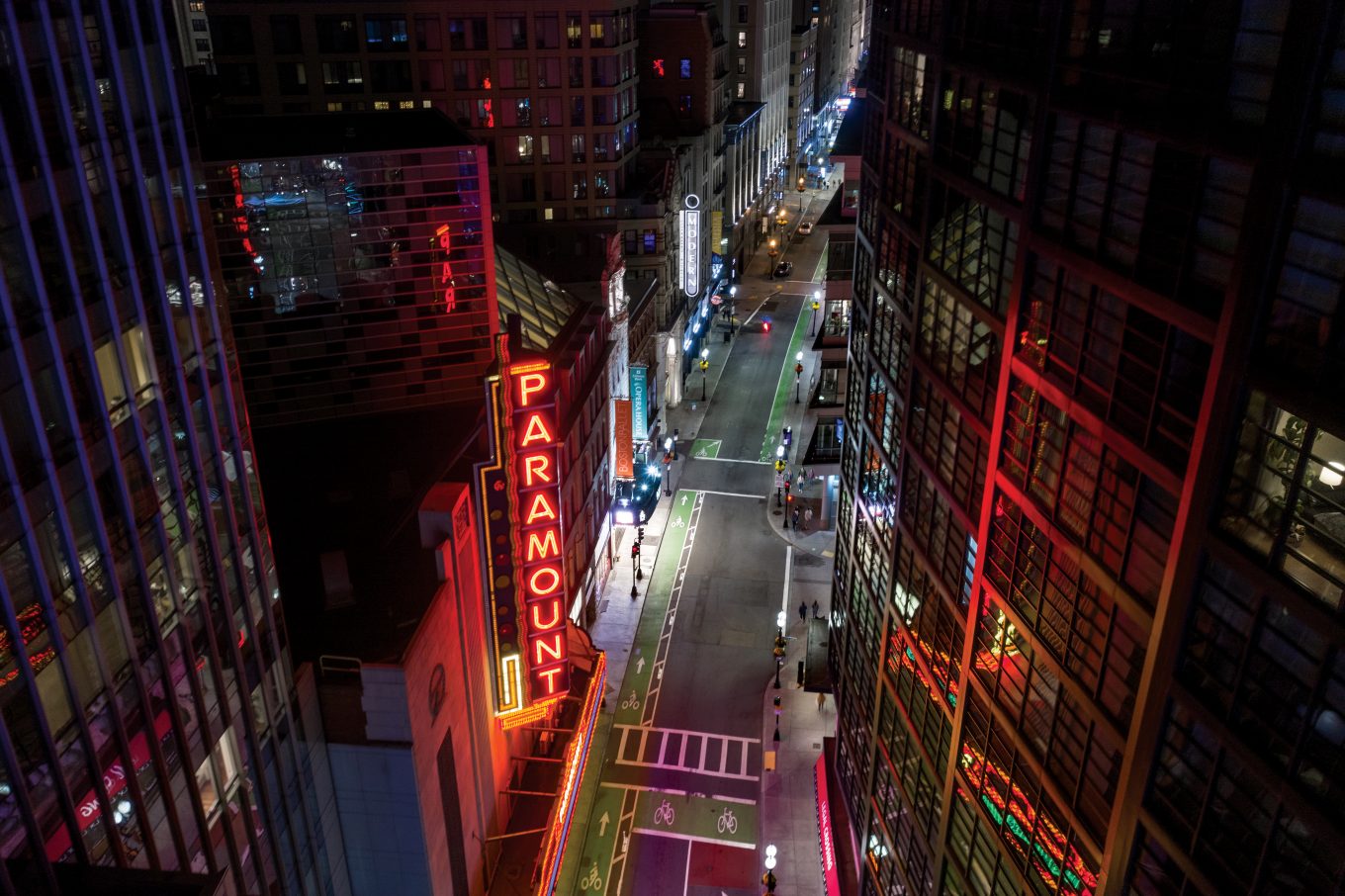 It was so sweet and funny—and I didn’t dare correct her.

She’s still at the age where she likes to tell jokes. (Although, do we ever grow out of that stage?  I hope not.)

There are a great lot of Emersonians—writers, producers, executives, creators—who have never grown tired of making people laugh, a small sampling of whom are included in our cover story celebrating the legacy and tradition of comedy at Emerson. Many of the alumni I interviewed for that story talked about the joy and thrill in making an audience laugh for the first time. “I’ll never forget how good it felt,” Eddie Brill ’80 told me. “Like a drug, I’ve been chasing that ever since.”

This issue is chock-full of content that, like the cover story, is uniquely Emerson: a feature on psychotherapist Dr. Jenn Mann ’92, who successfully combines her backgrounds in communication and psychology; a photo essay pulling back the curtain, so to speak, on some of the many students who work behind the scenes on the EVVYs, which celebrates its 40th anniversary this spring; and an interview with outgoing President Lee Pelton, whose authenticity, humanity, and strategic vision helped elevate Emerson over the past 10 years.

Like the Fall/Winter 2020 Expression, this issue was produced while the magazine staff were fully working from home. Thankfully, as I write, more people are getting vaccinated, schools and businesses are opening back up, live performances are slowly coming back, and there seems to be some light at the end of this year-plus tunnel. I can’t wait to be back in Boston, at Emerson, soon.

Q: Who was your favorite Emerson professor?