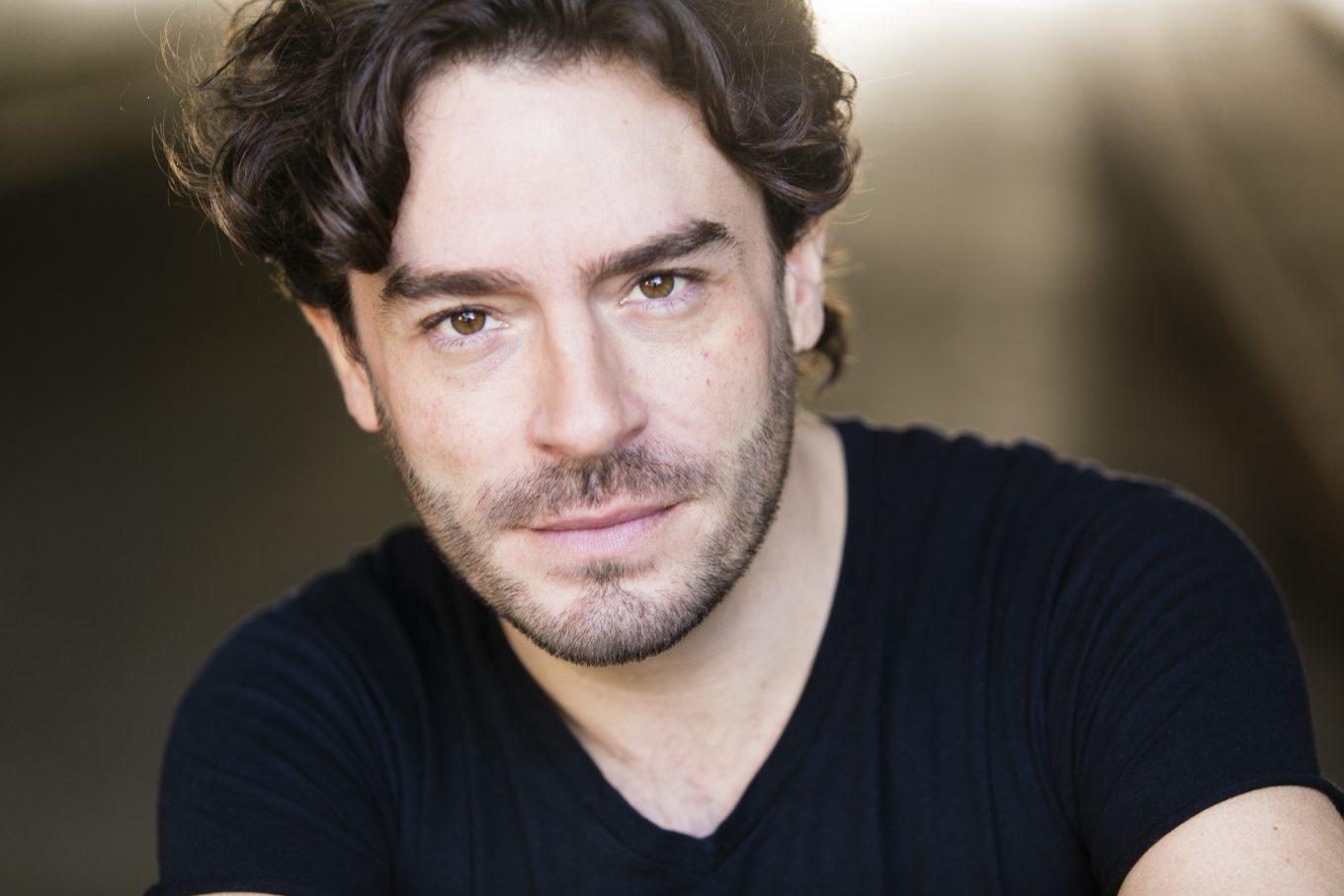 Growing up in Bogotá, Colombia, Juan Pablo Espinosa ’03 had never heard of Emerson College. But today, the alum, who recently finished filming a new Netflix series, a survival show called Breathe, in Vancouver, says, “I can definitely say that Emerson was my life-changing moment as an actor. I am so, so, so in love with Emerson. Growing up in Colombia and dreaming about being an actor, it’s almost like I stepped into a dream when I got to Emerson—I could sleep, eat, and live theater all day long. I get goosebumps just thinking about it.”

Espinosa discovered Emerson by wandering onto the campus when he was in Boston for a summer acting program during high school and decided this was the school for him. He auditioned, was accepted, and started his Performing Arts courses, including Scene Design (he still has his painting), and Shakespeare, with whom he fell in love.

“I was a Latin actor doing Shakespeare. Emerson taught me I could do and be anything,” he says.

His first professional job after college was with Commonwealth Shakespeare Company, performing in Shakespeare in the Park in Boston. Despite his training as a Shakespearean actor, most of the TV and film roles he later landed had something to do with drugs. He says  he was typecast by American directors who wanted him to look and sound scary and cold-hearted, with a highly exaggerated, thick accent.

After his career plateaued in Colombia, he moved to New York and then LA. He was tired of the typecasting. “It was breaking my heart,” he says.

But today? No more drug lord.

“I was a Latin actor doing Shakespeare. Emerson taught me I could do and be anything.”

In the past three years, he has reached back to his Emerson roots as an actor and directors have taken notice. He’s had starring roles in the Focus Features film Half Brothers in 2020 (which is streaming on HBO Max and Amazon) and most recently in Breathe. Both productions are about family, not drugs. Half Brothers is a beautiful movie about a father and his two sons, he says. When he read the script, every page was as funny as it was serious.

“A recurring theme in my life,” he says, “is everything that comes my way is like a blessing in disguise.” For instance, when Emerson said international students didn’t have on-campus housing, he found a little studio on Boylston Street near Mass Ave. “It really makes you mature in so many ways. You’re responsible for everything. I didn’t have a meal plan,” he says.

His acting journey has in some ways paralleled his personal journey. “I think I was 14 when I realized I was gay. And I was living in Colombia in a very macho society,” he says. While he didn’t keep his sexuality a secret, he didn’t come out to the public until 2019 on Instagram.

“I was doing these meditations,” says Espinosa, “and they said become the person who you needed growing up.” He went back to his childhood, to that little boy in Colombia. “What did I need? I didn’t know anybody who was gay and successful,” he says. Espinosa realized if he made himself available by being visible, it might help someone else.

Not only does he want to be a role model for young people coming out, but also for young actors.

He echoes Catherine Zeta-Jones, with whom he worked on the movie Cocaine Godmother. Zeta-Jones tells young actors, “Just show up. Get in line.”

Espinosa says: Keep showing up; the line will move and soon you will be at the front.

“Now, all I can say is get out there,” he says, remembering a lesson from an Emerson professor. “You know, live, get your heart broken, know what it feels to not be able to pay rent, go and feel all the thrills you go through when you fall in love. The more you live, the more experiences you’ll have. And the more experiences you have, you’ll be a better actor.”

“What I try to bring as an actor every day is honesty. As much honesty as I can. At the end of the day, for me, it’s less about acting and more about being—if I can, in any way, be there, be focused, and in the present. For me, it’s all about the present.”

“I’ve never taken anything for granted,” he says. “I never listened to anybody else. This perspective about what success was…I never had anything to compare it to.”

Espinosa loves what he does and feels blessed to wake up every morning recognizing that he gets to act and make a living doing so. “A successful life,” says Espinosa, “is dedicating yourself to what you love.”