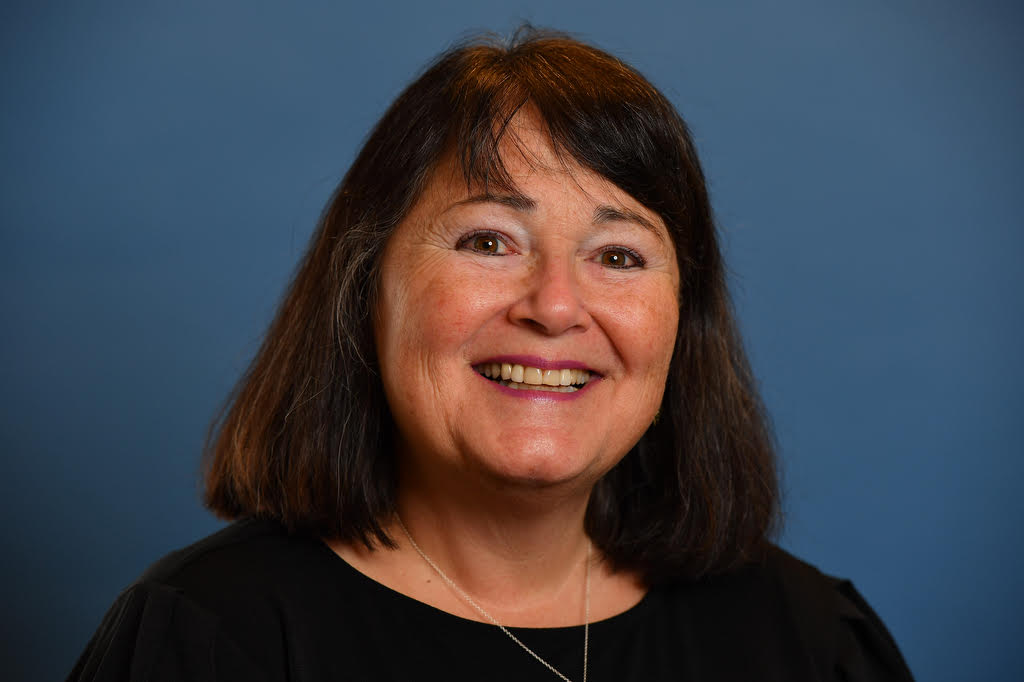 Maureen Hurley knows firsthand how challenging the transition to college life can be.

Emerson’s director of student transitions and family programs managed her own difficult transition several decades ago, after suffering a traumatic brain injury following a freak accident right before her classes started at Boston University. Luckily for Hurley, a relatively quick recovery, combined with encouragement from the school’s guidance staff to continue with classes, helped her stay on track.

It also set the stage for her future work with students and families.

“It became my life’s goal to ensure students and families have a less traumatic beginning of school [than I did],” said Hurley in a recent interview.

The original plan for the Dedham, MA, native revolved around an interest in journalism. But getting a student job in the university’s Orientation Office set her on a different path. That job turned into a full-time role after graduation, and by the time she was 26, she was promoted to director of the office. She then moved to London, having followed her partner (whom she later married, becoming one of the first same-sex couples in Massachusetts to do so). While abroad, Hurley continued to work for BU as Director of Special Projects overseeing the university’s BU’s collaboration with the London Academy of Music and Dramatic Art. After her return to the US, she worked at the British School of Boston in Dedham and the Education Resources Institute, where she directed a program aimed at improving college access for students in Boston Public Schools.

A relatively brief stop in Texas, where she worked for a community services organization that helped people experiencing homelessness, immediately preceded the irresistible opportunity to return to higher education at Emerson.

It’s here that Hurley has become the personification of a warm hug for students and families. Her no-judgment philosophy enables her to be open to every family’s needs, whether it is a concern for a student with an eating disorder, the fears of a family that experienced a recent high-rise fire, or how to tell a new student about the death of a grandparent.

“I don’t like the term helicopter parent; there’s always a backstory,” she added.

She, and other members of the Student Affairs team, also help families and students understand that becoming an independent college student does not happen as soon as move-in has concluded.

“A student is not miraculously ready for all the challenges and solving all their own problems. The better equipped we make the family members, the better off the student is,” she said.

That preparation starts at Family Orientation and continues for as long as the family needs it.

And the questions and support continue through direct family communication and via the Parents Facebook page, which Hurley manages.

It’s all part of what Hurley relishes about this very rewarding job.

“For me [the bonus] is being in an atmosphere where I feel like I make a difference every day. Sometimes it’s little or sometimes I can help someone on a very hard day. I’d like to be the person whom people can turn to and people can trust,” Hurley said.